Baseball is back for the 115th MLB season. Last season, the Chicago Cubs broke the longest running curse in sports and Mike Trout actually won another MVP award, making him two for five in seasons where he was the best player in baseball. What does the 2017 Major League Baseball season hold for MLB fans? We’ve got some ideas. As always, if we beat a coinflip’s accuracy, we’re calling it a win.

Bryce Harper will rebound to his 2015 form 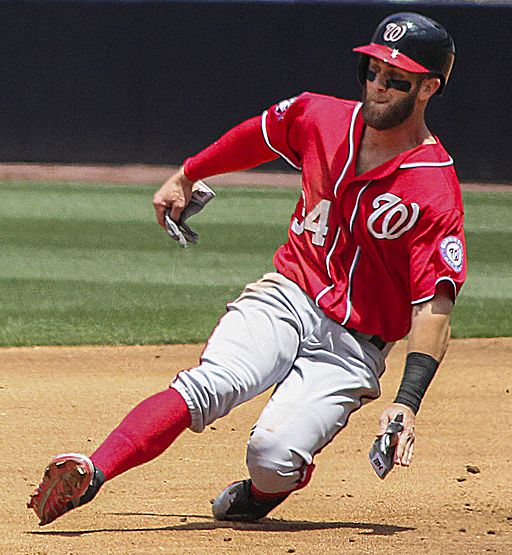 While we were wrong in last year’s Bryce Harper prediction, we still think that Harper’s 2015 form is the true player. As we discussed in our prediction review, Harper was evidently injured for a good chunk of the season, which affected his swing. Since he still showed the pitch selection changes we highlighted, we’re expecting a rebound in his production.

Barring further injury, Harper is too talented, too driven, and too dedicated to repeat his down year. He’s also auditioning for a final arbitration year contract and is making an extended case for the largest contract in history when he hits free agency in 2018. While a return to the fullness of his 2015 form might not happen (it was a pretty remarkable season, historically speaking), we’re confident predicting a .315/.450/.600, 35hr, 100 RBI performance, landing him around 6-7 WAR and firmly in the NL MVP race.

This is a bit of a team prediction as well, but we’re going to fudge it some. The Mets have one of the best collections of arms in baseball, all of them young, but all of them showing the wear and tear that now seems inherent in throwing high-90s all the time. The elder statesman of the group, Matt Harvey, has missed time each of the last two seasons. And the only one of the group that hasn’t seen some significant DL time is Noah Syndergaard. The best rotation in the world is only good if they’re actually on the mound. 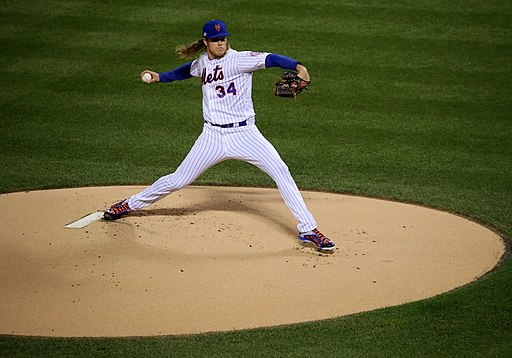 Our choice for a new issue (not counting the continuation of existing troubles)? Thor himself, Syndergaard. After last year’s performance, he’s the arm the Mets are most counting on, he’s the one who’s not had previous issues, and he’s the hardest thrower of the bunch. Throw in the Hubris of the nickname (and a bit of divine punishment from the vengeful Aesir), and a Syndergaard injury is the perfect way to break Mets fans’ hearts. 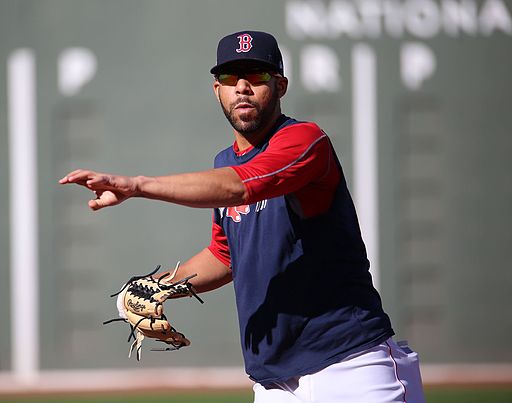 David Price did not have a bad season for Boston last year, but he didn’t have the season the Red Sox expected for their $30 million dollars. Price was an above average pitcher and delivered 4.5 fWAR but he was significantly down from his previous two years’ performance:

The silver lining for the BoSox is that Price’s peripheral and rate stats weren’t as bad as his traditional stats were (which, again, were still above league average). Price is entering his age-31 season, so there’s always the “wrong side of 30” injury concerns, but we expect a rebound closer to his previous averages and a statline that reflects his ace-caliber stuff.

Two years ago, the Nationals came up short of the Mets as Bryce Harper ripped the cover off the ball, but the rest of his teammates forgot to show up to the park for most games. A season ago, the Nats won 95 games as Harper regressed, but Daniel Murphy and Trea Turner picked up the offensive slack and new ace Max Scherzer delivered a Cy Young-winning performance. They still fell to the Dodgers in the first round of the playoffs however. This year, all the pieces are going to work at the same time, and the Nationals will bring a World Series title to the Nation’s Capital.

The Nats were good last year, as you’d expect a 95-win team to be. They were 7th in position player fWAR and 2nd in pitching fWAR. And that was with Harper’s regression and Steven Strasberg spending time on the DL. With a Harper rebound (see prediction #1), a full season from Steven Strasberg (not a given – he’s only pitched 30+ starts twice and 200+ innings once), and continued progress from Trea Turner, the Nationals are stacked on both sides of the board and nasty in a playoff series.

The Texas Rangers regress to .500 or below (and Houston wins 100 this year…maybe?) 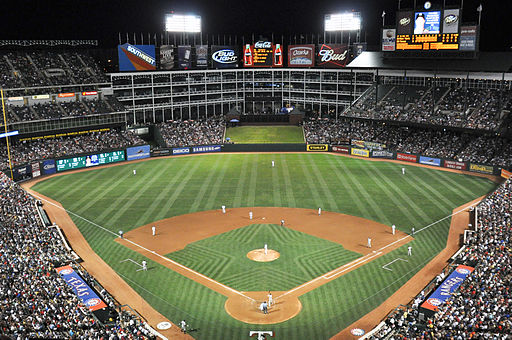 Okay, so maybe we’re still smarting a bit after our “Houston wins 100 games” prediction flopped so thoroughly. That said, teams don’t keep winning games when they give up as many runs as they score.

In 2016, the Texas rangers played like a .500 team. In 2017, the Texas Rangers will finally end up with the record of a .500 as well. The Ranger’s best position player in 2016 (Adrian Beltre) turns 38 this season. Their best pitcher (Cole Hamels) turns 33. A full season of Yu Darvish will help, but unless multiple players explode (Joey Gallo at 1B?), they just don’t have the talent to compete with…

…the Astros, who will put it all together and win 90+ games!…We think.

The Los Angeles Dodgers exit the playoffs in the first round

Predictions about playoff exits are inherently random. Baseball is a sport where the best teams often don’t win because games can be won or lost on a single swing of the bat. In a playoff series, that volatility is amplified. In a short series, like a divisional series, the effect is most dramatic.

The Los Angeles Dodgers are good. They have the best pitcher in baseball in Clayton Kershaw, and he might be the best player in baseball overall. Kershaw gives the Dodgers a tremendous weapon in any playoff series.

However, he can’t do it all, and the Dodgers have been hard pressed to put it all together around him. Injuries plagued last season, a shocking inability to provide Kershaw any run support marred the season before that. Like the Cubs prediction last season, this prediction isn’t based on a specific statistical trend we’re seeing in the Dodgers. We’re just betting that the things that always seem to go wrong for “some team” go wrong for the Dodgers one more time. 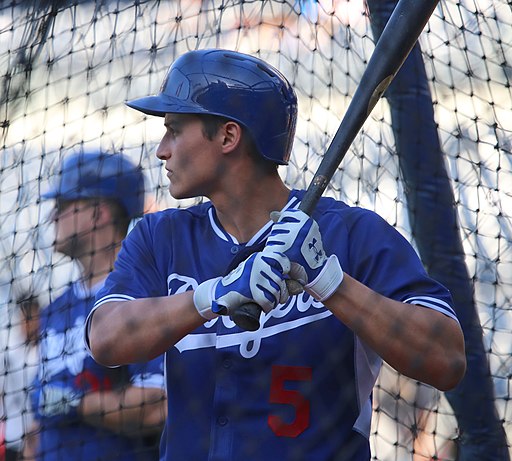 Chris Sale Runs away with the American League Cy Young

Over those three seasons, Chris Sale has finished 3rd, 4th, and 5th in the American League Cy Young Award voting. 2017 is the season that changes. Sale is 28 years old this season and should be entering his peak. 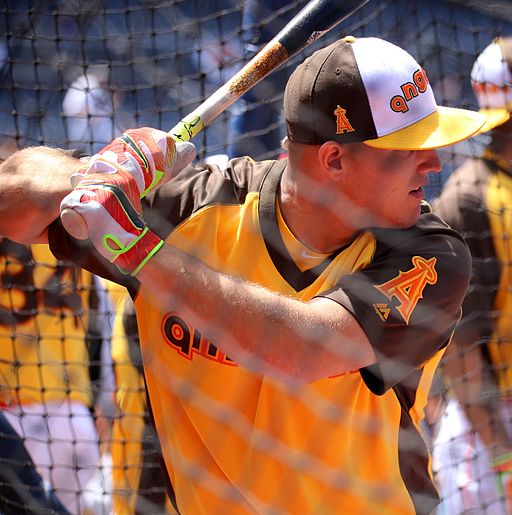 Continuing with our theme of people who are very good at playing the game of baseball, we come to Mike Trout. As we said on Friday, Trout isn’t just good, he’s “only a handful of guys have ever been this good”…good. The first five seasons of Trout’s career have been beyond the peak performance of all but about a dozen players in MLB history.

With his second win in three years, the MVP voters finally seem to be catching on to what was once actually a debate: Trout’s amazing. Barring injury, he’ll continue to be amazing. He’s almost clockwork at this point, so expect at least .310/.410/.550, 30 HR, 100 RBI, 20 SB, wRC+ 170, and 8 WAR. And along with that, his third AL MVP in four years…consider it an apology for snubbing him on the first two he should have won.