Justin Verlander is hours away from pitching Game 6 of the 2017 World Series. In doing so, Verlander could clinch a first ring for both himself and his new club. Some writers have suggested that Verlander needs a World Series ring to validate his Hall of Fame legacy. Verlander pitched for the Tigers in two World Series but never brought home a ring (much to the dismay of Tigers fans – this author included – and long-time owner Michael Ilitch).

While we agree given his ‘resume’ as it stands, it shouldn’t be the case. Verlander won the Cy Young and the MVP award in 2011, but he should have left Detroit with at least one more Cy Young, maybe two. 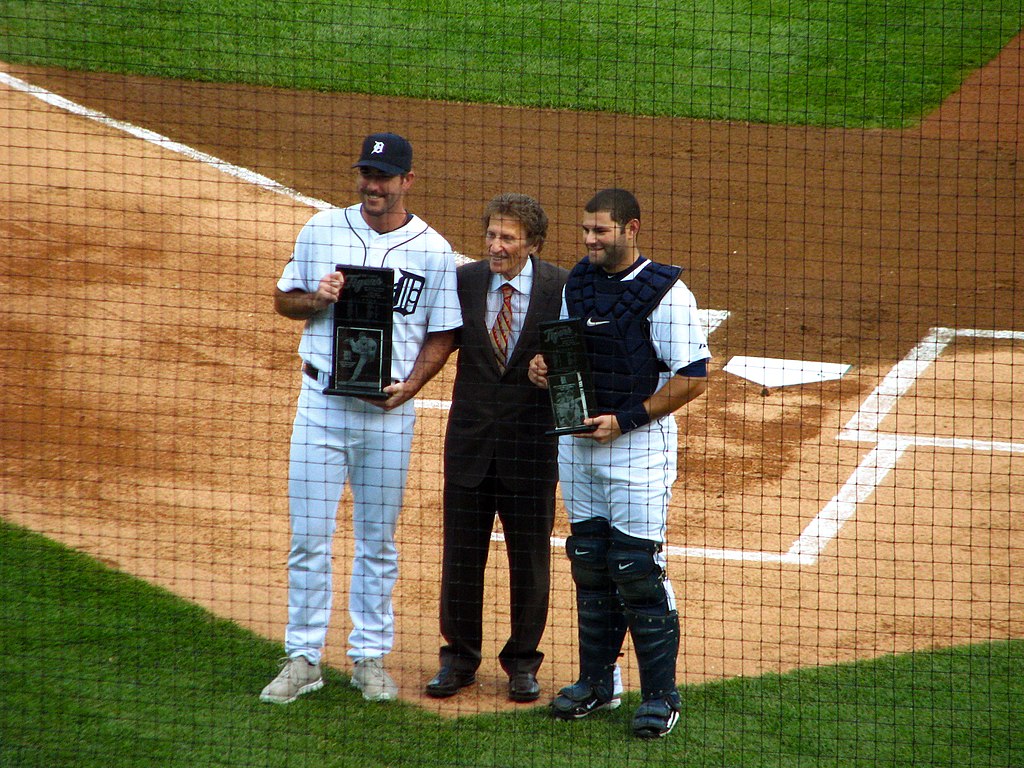 Verlander left Detroit as one of its greatest pitchers ever. Drafted second overall in 2004, he reached the majors as a September call up in 2005, and was starting Game 1 of the World Series in 2006. Verlander played 13 seasons in Detroit and ranks in the top-5 all time for the team in basically every pitching category. At his peak, he was the best pitcher in baseball.

While Verlander won the Cy Young in 2011, he was almost as good in 2012. Moreover, he was better than winner David Price in most every statistical measure. Last season he was also the best pitcher in the American league by many measures, though it’s a bit less clear because last years AL Cy Young race was kind of a muddled mess. We definitely agree with Verlander’s supermodel fiance’s (colorfully stated) belief he should have won.

Hey @MLB I thought I was the only person allowed to fuck @JustinVerlander ?! What 2 writers didn't have him on their ballot?

Why didn’t he then? Different reasons in each season – both explainable, though both kinda lame.

In 2011, Verlander looked like a world beater. He not only had great advanced metrics, he had an absolutely gaudy 24-5 won-loss record. He topped that performance with his second career no-hitter. He was so good, not only did he run away with the Cy Young in a unanimous vote, he won the MVP award handily, receiving 13 of 28 1st place votes. 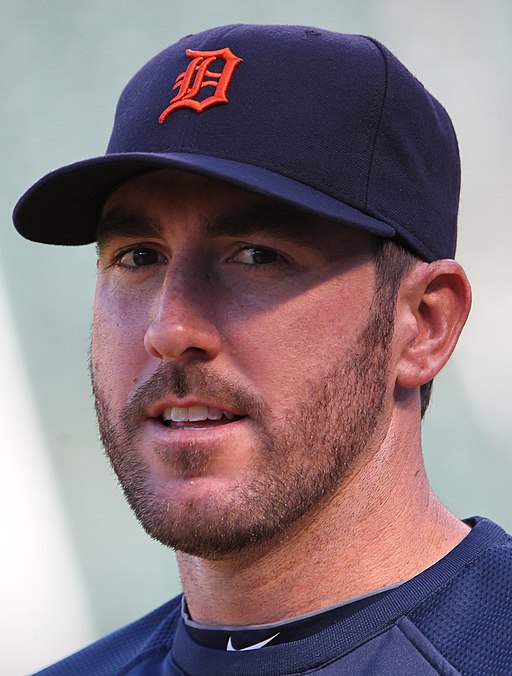 In 2012, Verlander lead the AL in most categories again, but his W-L record was a less crazy 17-8. The eventual winner, David Price, was close enough in most stats, but managed to reach the ‘magic’ 20-win mark. That was enough to push him past Verlander by a very slim margin: 153 to 149 points (the power of those 20 wins? Jered Weaver was 3rd with 70 despite logging only 2.9 fWAR, 13th in the AL).

The fall from 2011’s lofty heights coupled with a legitimate alternative in David Price cost Verlander the 2012 AL Cy Young award. It shouldn’t have though. The sandlot test bears this out pretty easily. Excluding the W-L record (because we already mentioned it), which pitcher’s your guy?

The majority of the black ink is in Player A’s favor, right? More innings pitched, more strikeouts, a higher K% rate (i.e., that strikeout total isn’t just about inning-eating), a lower walk rate. Everything under the pitcher’s control, Player A did better. Not surprising, therefore that player A ends up with a better FIP and way better WAR.

Verlander’s obviously player A, Price is player B. They’re close, just like the vote, but Verlander was better. Voters didn’t even have the (awful) “it needs to be a playoff team” excuse – Verlander’s Tigers went to the World Series while Price’s Rays finished 3rd in the AL East and missed the wild card by a game. Price’s 20 wins and Verlander’s ‘regression’ from 2011 was evidently enough.

In 2016, Verlander was the “very good-est” of a bunch of roughly equal pitchers, one of whom won 20+ games

Last season’s vote is what inspired Kate Upton’s above tweet. As she also mentioned, Verlander somehow received the most first place votes by far (though not a majority as she says), but was left entirely off two ballots.

He had the majority of 1st place votes and 2 writers didn't have him on their ballots?!! can you pick more out of touch people to vote?@MLB

That is indeed nuts. Verlander received 14 of 30 first place votes and lead the AL in multiple statistical categories yet didn’t even make the top-5 on two different ballots? In a vote that he lost 137 to 132 points? That’s rough. It gets rougher once we start digging into the comparisons between the various AL candidates.

As we said, the 2016 Cy Young race was a bit of a muddled mess. It wasn’t so muddled that two writers can be excused for leaving Verlander off their ballots entirely, but it was still pretty unclear. By FanGraph’s WAR calculations, there were six pitchers within 0.7 WAR of each other. That’s close. Baseball References calculations (which weigh things a bit differently) are wider, but it’s still pretty close. WAR isn’t the be-all-end-all though, so let’s dig into things a bit.

While there are a lot of pitchers close together, Verlander led the league in both calculations of WAR, with the bWAR and Harmonic Means showing much more separation between him and Corey Kluber and the rest of the league. He also led the league in Strikeouts (the fourth time in his career) and was second in ERA and innings pitched.

When we look at rates, Verlander leads in several key stats. He led the league in both K% and K-BB% (which is often considered the ‘King Stat’ for pitcher dominance), as well as WHIP. His separation on K-BB% is pretty obvious, with only Sale and Kluber within 2% of his rate.

Looking at the various ERA estimators, this is really where Kluber really shined, but Verlander wasn’t far behind, finishing 2nd in ERA and 3rd in FIP while leading in SIERA. One thing to note between these three comparison ‘areas’ – Verlander is the only pitcher to lead at least one stat in each.

In other words, not only did Verlander lead the league in multiple stats, including both WAR calculations, he lead in multiple aspects of the game. Verlander’s own “Salty Younger Brother” made note of this at the time:

Are you kidding me? Most first place votes and doesn't win? #SaltyYoungerBrother Explain this.. pic.twitter.com/RpEb4PPrME

One or the other – maybe both

Given there’s a pretty clear argument that Justin Verlander should have won in both years, the idea he should have gotten at least one seems a pretty reasonable one. What would his Hall of Fame resume look like as “2-time (or 3-time) Cy Young Award Winner, Justin Verlander”? Would he still need a World Series Ring to validate his credentials? We can’t say for sure, but there’d definitely be far less of a question about it.

Tonight, Verlander has the opportunity to earn that ring. And even if he and the Astros can’t close out the Dodgers, Verlander’s 2017 performance – in which he was the best pitcher in baseball over the second half of the season – shows he likely has enough left in the tank to make the question irrelevant (also, I don’t know if you heard, but just last season he was the best pitcher in his league).