As good as Tim Raines, 2017 Hall of Fame inductee,was as a baserunner, it is almost heresy to suggest that any player in Major League Baseball history was a better base stealer than Ricky Henderson. Henderson has by far the most stolen bases in history. Lou Brock at #2 would have had to steal almost 50% more in his career to match Rickey. The gap between Henderson at #1 and Brock at #2 is the same as between Brock and Jimmy Rollins at #46.

However the question of Ricky Henderson v. Tim Raines is actually closer than you’d think. And we think that an argument can be made that at the “height of their powers,” Raines might actually have been the better runner overall. (*gasp*) 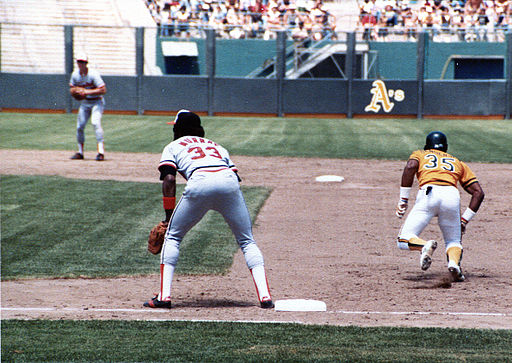 First caveat before we go down this “crazy’ path: If we’re looking at Henderson’s overall career, he absolutely provided more value through his baserunning than any other player in history. That league record in stolen bases translates to 142.7 wSBWeighted Stolen Base Runs. An estimate of the number of runs a player contributes to his team by stealing bases. Zero is average, a positive number means the player is better than league average, a negative number means he is worse than league average. Weighted to the value of stolen bases and outs during a season (i.e., accounts for the fact that advancing a base does not add as much value as making an out costs). and 144.4 BsRBaserunning Runs Above Average. A stat that attempts to measure all of a player’s baserunning contributions (stolen bases, grounded into double plays, etc.). Roughly 9-10 BsR is equal to one Win Above Replacement. – both first in MLB history by a wide margin. Raines is the only other player over 100 in either, with 101.3 wSB and 100.4 BsR.

However, at least a portion of those numbers comes from Henderson’s longevity. He played 25 years in the majors, was at least league average for 21 of those years, and was a superstar for over a decade. And that longevity absolutely is a form of greatness, especially when a player is also truly great at his peak (i.e., when we can avoid the “It’s not the ‘Hall of Very Good'” argument).

Tim Raines did not have as many productive years, and we’re not going to argue he’s Henderson’s equal. However, if we look at their peak seasons, they’re much – much – closer than people think. Raines always had the knock against him of being “Rickey Lite” and, at least at their peaks, that’s just not what they were.

How far-fetched is our claim? Well…

Henderson’s and Raines’ best seven-year spans overlap nicely, and they’re essentially equal in games played and plate appearances. That makes for a tidy comparison. It’s also not the only ways the two were equals during that period. OffensivelyDefensively, Henderson was one of the best defensive outfielders of the 80s, Raines was average, at best – one area where Henderson was clearly superior during the 80s. , Tim Raines and Rickey Henderson were shockingly similar during their 7-year peaks.

Raines hit for a better average and Henderson hit more home runs, but the two have nearly identical OBP and Slugging (Raines actually had the higher slugging, which surprised us, given Henderson’s edge in home runs). It’s not surprising then that they ended up very close in wRC+Weighted Runs Created Plus: A comprehensive measure of offensive production relative to the league. 100 is average and each point above or below is a percentage better or worse than the average player..

Baserunning is our focus here though, and this is where getting beyond stolen base totals reveals a different picture than many had at the time. Henderson had more stolen bases than Raines (roughly 24% more) – not shocking given this includes his record setting 130 steals in 1982. However, Henderson was also caught stealing more than twice as many times as Raines. 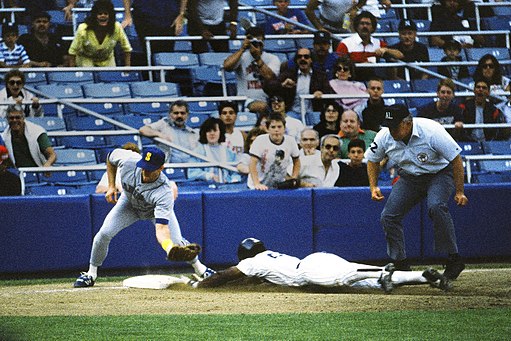 Analytics has long established the damage that getting caught stealing does to a team’s chances. It’s akin to why a double play hurts a team so much: it’s not just the “damage” done by making an out, it’s also the extra damage done by erasing an existing baserunner.

Tim Raines, more than anything, was a supremely efficient base stealer. His career success rate of 84.7% is best in MLB history for any player with either 325 stolen bases or 375 attempts. He’s #2 to Carlos Beltran for players with either 200 stolen bases or 250 attempts (Raines has 808 SB and 954 attempts, Beltran has 312 and 361).

Henderson’s record 130 SB in 1982 is undoubtedly impressive, but it came with 42 CS as well (also an MLB record) – only a 75.6% success rate. If a player hit into 42 double plays in a season, that would be seen as quite the liability (the MLB record is 36). By wSB, Henderson had six seasons more valuable than his record setting 1982 season.

In fact, Raines was only in the MLB top-10 in caught stealing two out of those seven years, and only in the National League top-10 three times. In 1984 he led the National League with 75 steals against only 10 times caught. Ignoring defense and looking only at offense – and especially baserunning – we’d just barely take the 81-87 Rock Raines over the 80-86 Rickey Henderson. We’re honestly as amazed as you are that’s the case.

Even over their careers, they’re closer than first blush when we adjust for Henderson’s greater games played and plate appearances. Henderson posted 10.7 wSB per 1000 plate appearances in his career, but Raines posted 9.8. I.e., it’s not that Raines declined more steeply, more that Rickey hung on much longer (than basically anyone – he is 4th all-time in plate appearances, after all).

Again, we’re not saying Raines was better than Henderson overall. Both defensively and in overall career value, Henderson was clearly better. Henderson is a “pantheon player,” Raines isn’t. However, at their peak, Raines might have been a better offensive player, and given the “Diet Rickey” tag that often gets applied to Raines, it means he’s pretty grossly underrated.

Raines was really damn good. As we mentioned, Raines is #2 all-time in BsR with 100.4 runs and he and Henderson are the only two players over 100. 35 players in MLB history have tallied at least 50 BsR – of those 35, only Henderson, Joe Morgan, Ty Cobb and Kiki Cuyler have a wRC+ higher than Raines’ 125 (and Cuyler just sneaks in with 126). That’s four hall of famers, three of whom are all-time pantheon guys.

If we expand it to the top-50 in BsR, we add three more players with better wRC+: Honus Wagner, Mike Trout, and Eddie Collins. Two more all-time pantheon players and Trout, who’s on track to join that group. So, while Raines may not be a pantheon player himself, his best skills were absolutely that good and his only peers in those areas are players whom are among the best the game has ever seen.

And that’s why Tim ‘Rock’ Raines is now, finally in the Hall of Fame instead of just “The Hall of Really Good.”