We came up with our rankings by defining “average” a few different ways.

First of all, we set cutoffs of 12 seasons and 5000 plate appearances. If we’re looking for the most average player, we want someone who was average for a good, long career. Second, we looked at the player’s average bWARWins Above Replacement as calculated by Baseball Reference. A stat that attempts to measure a player’s contributions in all facets of the game and quantify how many more wins that player contributed than a “replacement level” player would have (a replacement level player being a hypothetical “AAAA player” every team has in its farm system. per season – anyone below 1.5 or above 2.5 was disqualified.

To rank the players who qualified, we looked at two criteria. James Joseph Dykes played 22 years in the major league, playing for both the Philadelphia Athletics and the Chicago White Sox. His highest WAR total was 4.1 in 1929, the only time he exceeded 4. Only two other times did he tally 3 WAR or higher.

His range of 4.5 WAR and his trimmed range of 3.7 WAR were both best (i.e., smallest) among all those on our list. He posted five seasons of 1.8-2.2 bWAR and 12 of his 22 seasons were between 1.0-2.9 bWAR. His wRC+Weighted Runs Created Plus: A comprehensive measure of offensive production relative to the league. 100 is average and each point above or below is a percentage better or worse than the average player. was 98, and for a 22 year career he tallied -22 Off and 37.6 Def. It’s a truly remarkable run of middle-of-the-road…ness.

For added fun, Dykes later became the first manager in history to win 1,000 games without ever winning a pennant. He finished his managerial career with a satisfyingly average winning percentage of .477. 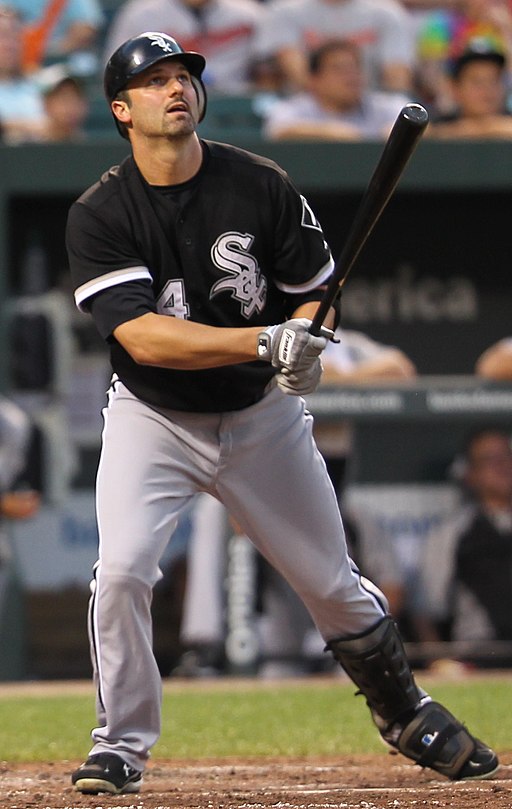 By our methodology, Konerko isn’t one of the utmost average players of all time, but he is shockingly average for a player that many people discuss as deserving of the Hall of Fame.

It’s not just a “A few White Sox fans who loved Konerko” sort of thing. White Sox Executive Ken Williams thinks he should be in (obviously a bit biased), and it’s been discussed on Bleacher Report, SB Nation, and ESPN.

It’s also patently ridiculous. This isn’t just a WAR thing, though that’s obviously a big part of it. Konerko played 18 seasons and tallied 27.6 bWAR (Fangraphs is less bullish, with 23.2 fWARWins Above Replacement as calculated by FanGraphs. A stat that attempts to measure a player’s contributions in all facets of the game and quantify how many more wins that player contributed than a “replacement level” player would have (a replacement level player being a hypothetical “AAAA player” every team has in its farm system.). Hall of Famers usually have three times that total. While there’s some “wiggle room” in WAR, it’s not that big. Outside his homerun totals, Konerko’s stats are truly average.

His wRC+ was 118. For first basemen from 1998-2014 (Konerko’s career) that ranks 39th among qualifiers. League average for 1B during that time ranged from 107-115, making that 118 look remarkably “meh.” Along with being less than 10% above average offensively for his position, he was below average defensively. Konerko tallied -31.8 UZRUltimate Zone Rating. UZR measures how many defensive runs were saved or surrendered compared to a league average player. UZR measures four components: Outfield Arm Runs, Double-Play Runs, Range Runs, and Error Runs. during his career. Of his 18 seasons, 7 were between 1.7-2.3 bWAR – one of only two players to have seven such seasons. In other words, he was pretty damn average.

The Most Average Major League Players of All-time

Gary Gaetti held a few notable marks in our methodology. He was second closest to a career average of 2 WAR/season (second only to our #2 player). He also tied for most 1.5-2.5 WAR seasons with eight. Gaetti didn’t outright lead any one category, but he tied for the second longest career on the list and was closer to 2 WAR/season than any of the other 20+ season players.

His career stats bear out his average…ocity. His wRC+ of 95 was just off league average, and his Off and Def are what we’d expect from a “good glove, okay bat” infielder. For his career he won four gold gloves, but posted a wRC+ of 130+ only once. Gaetti lead the league in a stat only three times: once for games played, once for grounding into double plays, and once for sacrifice flies. He was a solid piece on a number of successful teams. Which is exactly what a Major League average player is. 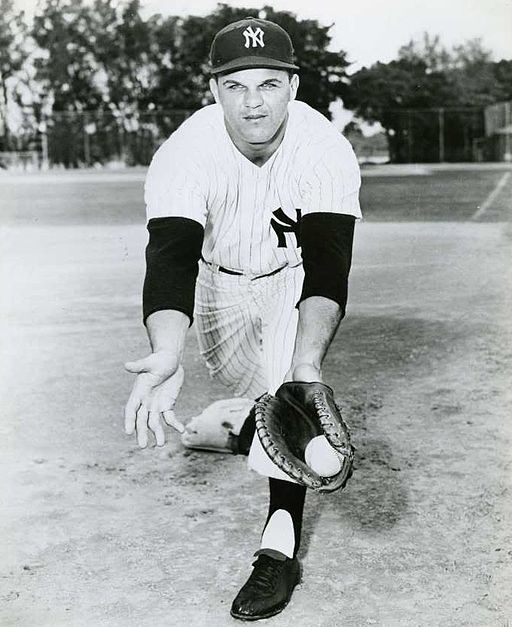 Almost certainly the least known of our top three most average players of all time. Bill “Moose” Skowron played 14 seasons for five different teams with his best seasons coming with the Yankees juggernauts of the 1950s. Skowron topped a few of our average…isity metrics. He had the per season average closest to 2/season. He was one of only two players with 7 seasons of 1.7-2.3 bWAR (Konerko is the other). He also tied Gaetti with 8 seasons of 1.5-2.5 bWAR (and though we didn’t include it in our measures, Skowron is the only player in history with 8 seasons of 1.6-2.4 bWAR). His career range was very narrow, with a career best season of 4.6 bWAR.

A first baseman for most of his career, Skowron’s 118 wRC+ was good for 20th during his years in the league (roughly equal to Konerko’s 39th given the relatively fewer number of teams). He was a slightly above average defensive first baseman, making him of slightly below average defensive value in general. He made several all-star games, but that was as much a function of playing for the Yankees as anything else. Skowron never once lead the league in any category. 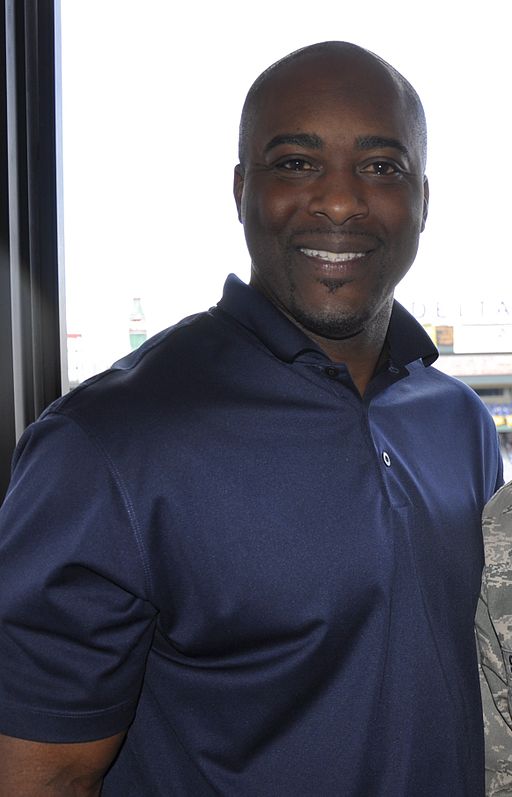 As someone who grew up in the 1990s, my first thought when Ron Gant turned up #1 on our list was “What? Dude was great!” Well, sorta. Gant put up some impressive seasons, notably back-to-back 30-30 seasons in 1990 and 1991. And his two best seasons were indeed very good: 5.5 and 6.5 bWAR in 1990 and 1993. However, the rest of Gant’s career was pretty darn average, and he benefitted from the “halo” of those impressive seasons and several seasons of postseason exposure with the Braves, Reds, and Cardinals.

Gant excelled in our average…ful criteria. He’s one of only two players in MLB history (along with Jay Payton) to have five seasons of 1.9-2.1 bWAR, and the only player in history to have six seasons of 1.8-2.2 bWAR. His career average of 2.12 bWAR/season was third “best” of qualifying players.

His 112 wRC+ was very close to league average and just a bit higher than the range for outfielders in his career (103-107). It ranks 80th among qualifying outfielders. His Off and Def look much like Skowron’s – slightly above average in both for his position. Who knows what would have happened for him had he not injured himself in an ATV accident, but what did happen was a super solid (read: average) career – what we’re crowning the most average career in MLB history. 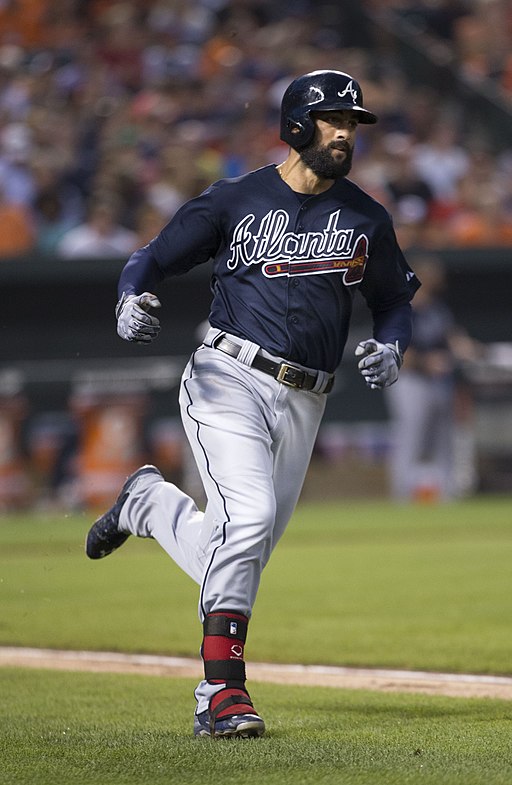 There is a final interesting case in the career of Nick Markakis. We can’t predict how his career will turn out, but we can say that he’s the most average player currently in the game. His average of 2.45 bWAR/season is “best” among active qualifiers. His “trimmed” range is 2nd best in our group – outside his exceptional 2008, his best season was only 4.2 bWAR. Like Gant, he’s definitely benefited from the lasting “halo” of that one great season.

Markakis has been in the league for 11 full seasons, 7 of them have been between 1.5-2.5 bWAR, 5 of them between 1.7-2.3. His 110 wRC+ is only between 5-8% better than the positional average for outfielders from 2006-2016. And his Off, Def, and UZR profile out as an average starting corner outfielder. A few more seasons on the light side of average, and Markakis could definitely challenge Gant for the title of most average Major League player of all time.

Won’t that be exciting to watch?