Still, there likely are folks who aren’t going to vote for Jacob DeGrom to win the NL Cy Young because his record currently stands at only 9-9. He has so few wins only because his team, the New York Mets, suck and don’t score for him. “Having bad teammates” is an objectively awful reason not to vote for someone for an individual award and pitcher wins are an awful stat for the same reason. 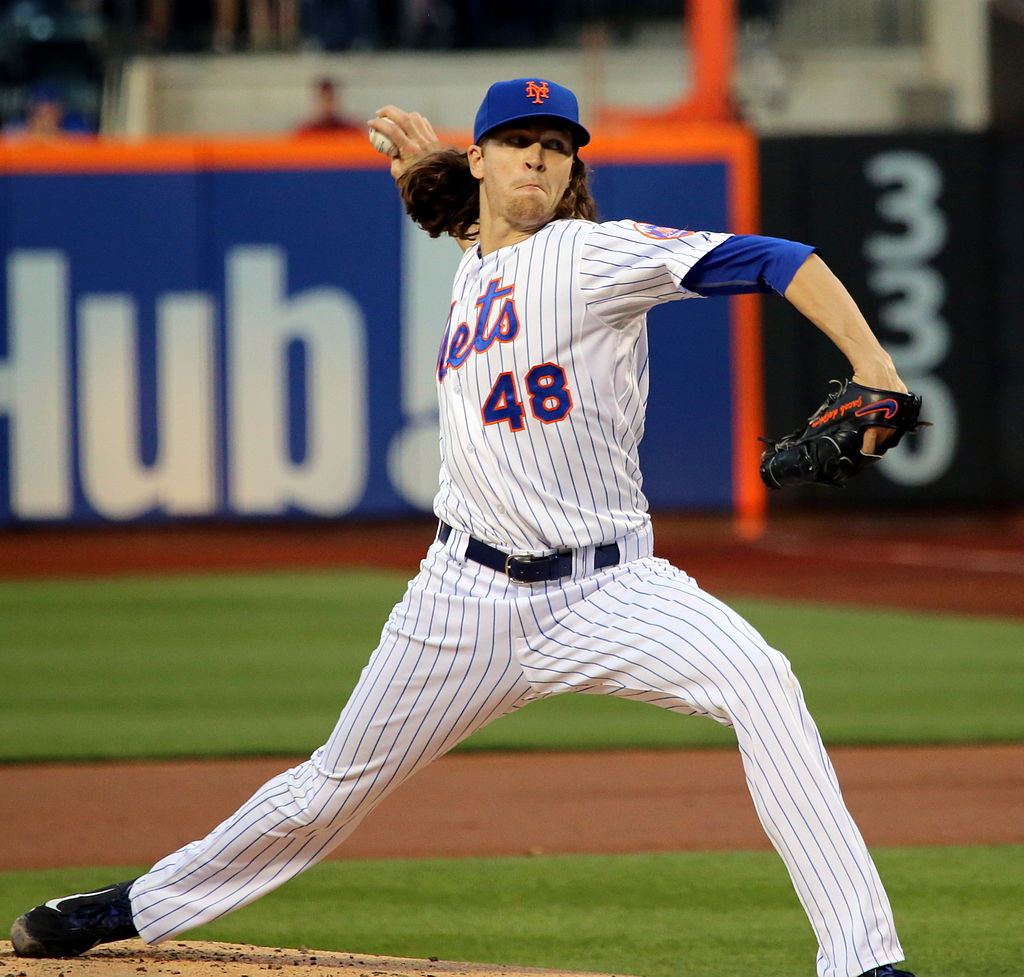 First off. Wins are important. Wins are the reason they play the games (at least enough wins to make the playoffs, then enough to get those four wins to end the season). As far as team outcomes are concerned, wins are good, losses are bad. But team wins are not the same as pitcher wins. Let me write that again:

Team wins are not the same as pitcher wins

And way too many people still treat them as if they are the same (‘more than zero’ is too many, honestly). The fact that pitcher wins don’t actually correlate to team wins all that strongly, and there are stats that correlate much more, should be enough to tell us that.

The fact I can easily create a hypothetical like this:

And pitcher wins says Player B is better when he so, so obviously isn’t, should be enough to tell us “pitcher wins is a poor stat.” Despite this, however, there are still people beating the drum for pitchers other than DeGrom in a season where he leads all of MLB in most stats and did things like break records that had stood since the Taft Administration.

The reason that I mentioned the above hypothetical is because DeGrom almost did that. He has gone 28 games straight (and counting) without giving up more than 3 runs. In 20 of those games he’s given up 2 or fewer. He’s only given up more than three once all season – four runs – back on April 10th, in his third start of the year.

His record in those 3-run games? 1-5 with two no-decisions. In the 2-run games? 2-3. In the 1-run games? 4-1 with five no-decisions. In the shutouts (that went long enough)? 2-0. That’s seven starts in which DeGrom gave up either one run or zero runs and didn’t get a win – because his teammates couldn’t deliver for him (sometimes they couldn’t even deliver a single run for him).

If the reason you don’t think Jacob DeGrom should win the 2018 NL Cy Young award is that his teammates suck, then you need a better criteria for voting for the NL Cy Young award. And make no mistake: if you think DeGrom shouldn’t win because he doesn’t have enough pitcher wins, then that’s exactly why you’re not voting for him, because for everything a pitcher can control, DeGrom has done it better than everyone else in the Majors.

DeGrom’s better at pretty much everything, and its not really close

We’re not going to spend a ton of time breaking down the stats because there honestly isn’t that much to break down – DeGrom has been amazing. He’s better than everyone in almost every stat. The only pitcher anywhere in MLB (much less the NL) to do something better than DeGrom is Washinton Nationals’ ace – and multi-Cy Young winner – Max Scherzer.

Here’s the comparison for any NL pitcher with a remotely legit clam on the award:

As you can see, DeGrom is the leader in pretty much every category. And to put everyone into perspective, here are where each ranks for all of MLB:

That sure is a heck of a lot of “1”s on DeGrom’s line, isn’t it. That chart alone should put Patrick Corbin and Aaron Nola into perspective as well. They’re probably #3 & #4 in the NL, but there’s a number of American League pitchers in the overall mix that should show just how far behind DeGrom they are. They’re both very good, but DeGrom has just been way better.

How much better? Well, since you asked:

As we mentioned above, the only pitcher who’s really been better than DeGrom at any of the things pitchers can actually control is Scherzer, who leads DeGrom in K-BB% and WHIP. And while we here at AVSG love K-BB%, at the end of the day it is just one stat (even if it is probably the best single measure of how nasty a pitcher is).

DeGrom’s still ahead of Scherzer (and everyone in MLB) in ERA and the fielding adjusted pitching measures, and he’s also much close to Scherzer in K-BB% and WHIP than others are to him in all the other stats. In other words, for all the things the pitcher can control, DeGrom has done almost every one of them better than every one else. The argument is simple: he’s been the best at doing the things pitchers need to do. Period.

Max Scherzer = good (but not quite as good as DeGrom).

The Mets Offense = bad…so, so bad.