On Sunday, the Houston Astros’ Jeff Bagwell will enter the Hall of Fame. We’re particularly pleased with Bagwell’s election, since it seemed for a little while that he might unduly suffer from PED speculation (while in a certain sense it’s reasonable to suspect any player from the era, there is *zero* evidence specifically against Bagwell). Bagwell is a clear Hall of Famer, 6th all time in WAR among first basemen and possessed of one of the best batting eyes in Major League history. 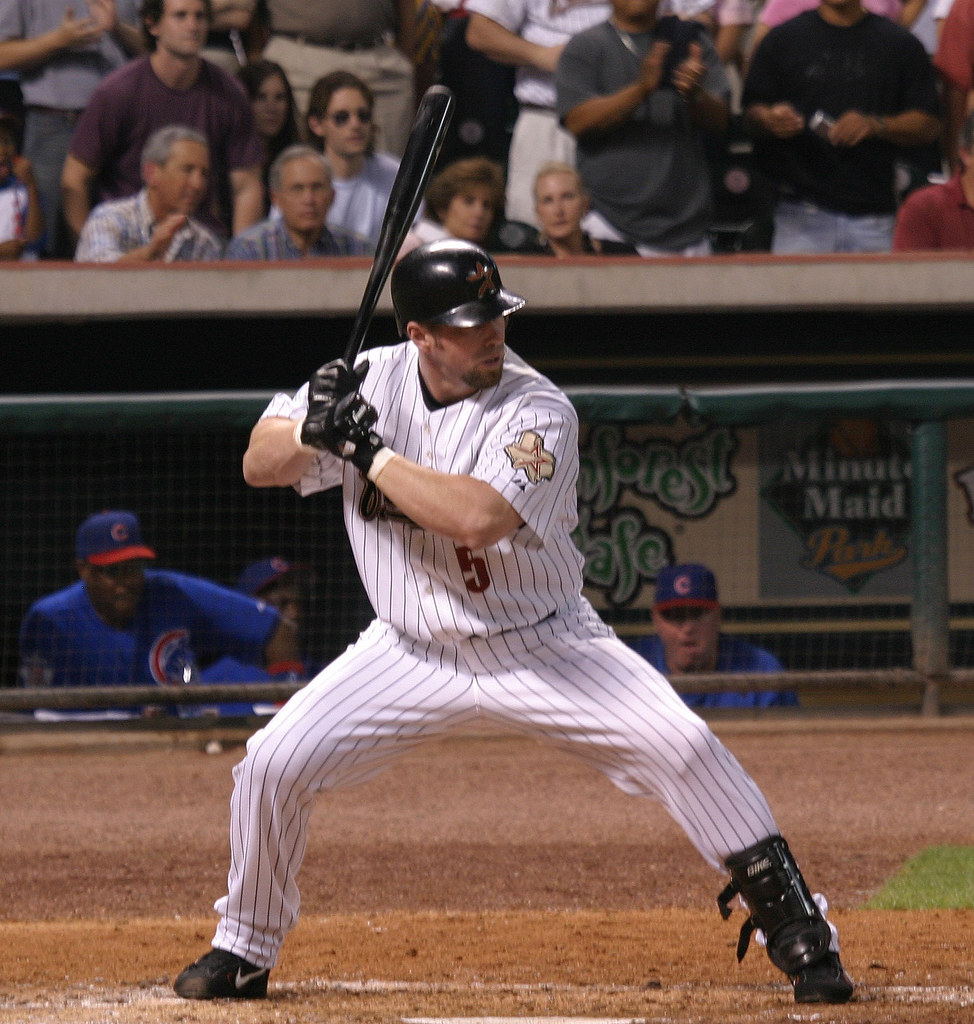 A consistent – and underappreciated – star

Having grown up in the 90s, we were actually quite shocked when we saw Jeff Bagwell was only an all-star four times. Similarly, we were not surprised to see 538’s Neil Paine list Bagwell as having missed out on more deserved All-Star appearances than all but one other player.

An all around star

Bagwell wasn’t only one of the best hitters of his era, he was a good defensive first baseman and an excellent baserunner. Whether measured by TZ or UZR, Bagwell was above average every season of his career. Fun aside: Bagwell has a great story about Ozzie Smith giving him fielding advice during a pitching change his rookie season.

Bagwell was also an exceptional baserunner. While he wasn’t fast, he finished his career with 6.5 BsR (a rare feat for firstbasemen and power hitters). Bagwell was especially skilled at taking the extra base. His baserunning was so good that he twice joined the 30-30 club, the only first baseman to do so twice.

While Bagwell was good in most every aspect of his game, perhaps his greatest skill was his patience and batting eye. Jeff Bagwell was one of only 55 players in MLB history to hit 400+ home runs. Of those 55, Bagwell ranks 15th (tied with Darrell Evans) in walk rate with 14.9%.

Of the players ahead of him**excluding players who played prior to the 1950s, when K% were dramatically lower, only two had lower strike out rates than Bagwell’s 16.5%: Barry Bonds and Frank Thomas. And returning to baserunning for a moment, he’s also 13th of 55 in stolen bases. 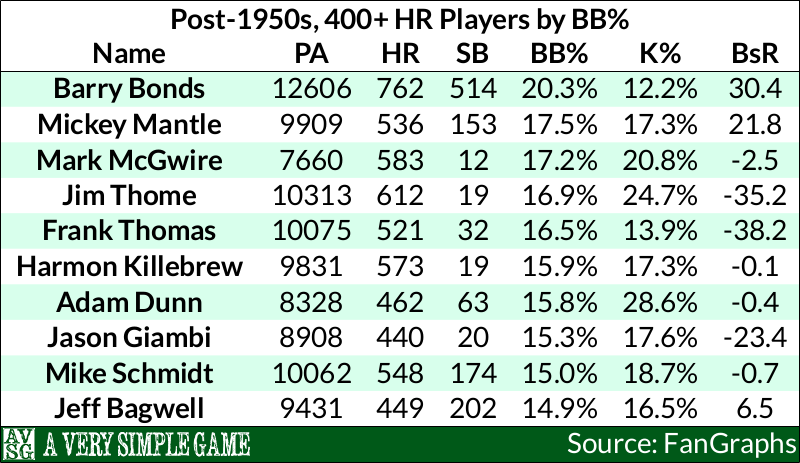 Even in final seasons, his BB% and K% were not significantly off his career marks – unlike his ‘Killer Bs’ teammate, Craig Biggio, Bagwell didn’t press as time took its toll. Like everything else in Jeff Bagwell’s Hall of Fame career, he was consistently good until from the beginning to the end.