The two biggest free agent contracts in this off-season were handed out to a pair of aces: David Price ($217m/7yrs.) and Zack Greinke ($206.5/6yr.). All throughout the off-season, Price and Greinke were discussed as essentially equal properties and, in the end, Price got more total dollars, but Greinke got the higher per year salary. However, once we dig a bit into the numbers, these two aren’t actually as close as they might initially seem. 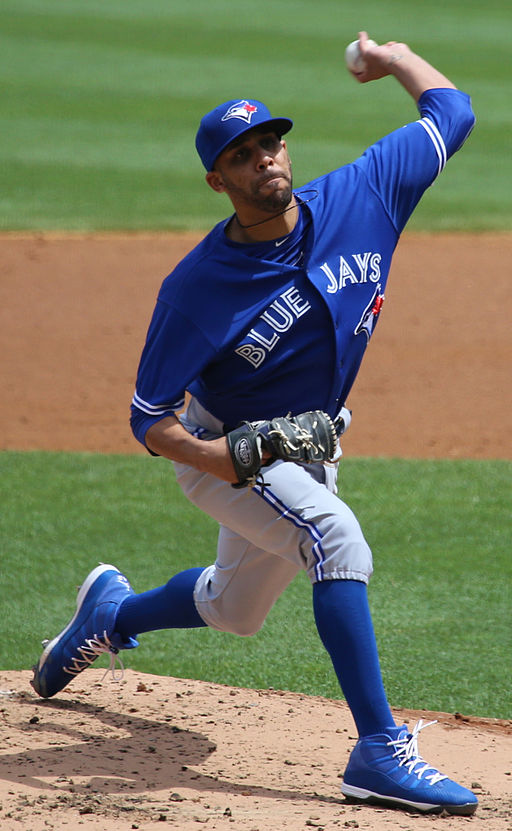 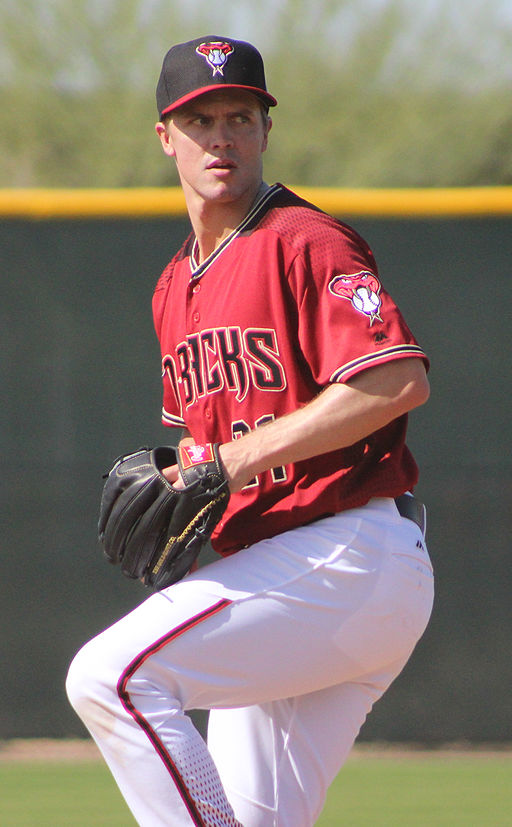 Price vs. Greinke: The Sandlot Test

Because Price & Greinke were the undisputed best pitchers available during the offseason (only Jason Heyward challenged them for top free agent overall), we’re going to jump right into the comparison between the two. Zack Greinke posted some amazing numbers in 2015, but as we discussed here, he also benefitted from, career lows in BABIPBatting Average on Balls In Play. As the name suggests, this is the percentage of balls put into play (either by a hitter or by a pitcher’s opponents) that turn into hits. League average BABIP is about .300 and when a player is deviating from their career average by a significant amount, that’s often a red flag they’re getting either lucky or unlucky over the course of a single season. and HR/FBHomeRun to FlyBall percentage. A measure of how often fly balls turn into homeruns for that particular player. League average is usually between 10-11%. Most pitchers average between 9-12% for their careers while hitters have a much larger span, with power hitters reaching rates of 15-20% or more, and slap hitters averaging as low as 1-2%. A large deviation in this stat from a player’s career norm is a red flag that they’re either getting lucky or unlucky over the course of a specific season.. When you compare most of his stats between 2014 and 2015, it’s 2014 that actually looks like the better season.

Because of his (likely) fluky 2015, and because of pitching in the friendly environs of Dodger Stadium the past three years, Greinke probably looks a bit better than he actually is. In 2015, many were touting him for NL Cy Young (he ended up coming in 2nd in the voting), saying that he was better than (among others) his teammate Clayton Kershaw (which just wasn’t true). Heading into the offseason many considered him the best available free agent pitcher (or even player), even better than the other big arm, David Price.

If that’s true, there basically isn’t a stat to support it other than Greinke’s (BABIP-inflated) ERA. Let’s do a sandlot test on the two of them. We’ll begin with their stats over the past three seasons.

Player B has struck out hitters at a higher rate, walked them at a lower rate, resulting in a significantly better K-BB%Strikeout Percentage – Walk Percentage. Probably the best measure of both a pitcher’s strikeout skill and their control (and ability to prevent walks). When comparing pitchers with significantly different walk rates, it better reveals a pitchers power/control combination than K:BB ratio does (since that can be skewed by particularly good control, even with middling strikeout numbers)., and they’ve averaged a full fWARWins Above Replacement as calculated by FanGraphs. A stat that attempts to measure a player’s contributions in all facets of the game and quantify how many more wins that player contributed than a “replacement level” player would have (a replacement level player being a hypothetical “AAAA player” every team has in its farm system. higher per season (not surprising given the other stats). That’s over the past three years, how about their career stats?

We’ve included ERA and ERA-Adjusted Earned Run Average Minus – the ratio of the players ERA to league average ERA, adjusted for park effects. 100 is league average and every 1 point deviation from 100 is a percentage point better or worse than league average. E.g., an ERA- of 90 means the pitcher’s ERA was 10% better than league average, and an ERA+ of 110 means it was 10% worse. in this comparison, because once we’re dealing with a whole (or 2/3, to be more precise) career’s worth of seasons, it starts to iron out the sample size & fielding-dependent issues (and ERA- gives a park-adjusted look at things). Despite this, it’s still an incredibly straightforward comparison.

Player B has the lower ERA, FIP, xFIP, and SIERA. He’s got the lower ERA-, FIP-, and xFIP-. He’s got the higher strikeout rate and the better K-BB%. The only stat in which Player A is better over the course of their careers is walk rate. Looking at careers, it’s player B by a noticeable margin. What about the future though? Here’s how their Steamer and Marcel projections stackup:

Sorry if this is becoming repetitive, but again, Player B has the superior projection in nearly every stat. The only projection that likes Player A more is the Marcel projection of WHIPWalks + Hits per Inning Pitched. This measures exactly what it says, how many walks + hits the pitcher allows per inning. Another way to put it would be baserunners allowed by the pitcher (ignoring errors by the defense). (because Marcel heavily weights the most recent season, in which Pitcher A had a very low WHIP, bolstered by a very low BABIP…if you hadn’t figured out who Pitcher A was by now).

Price vs. Greinke: Back to the Sandlot

So, over the course of his career, Pitcher B has struck out hitters at a higher rate, had a better K-BB%, had a lower ERA (both raw and relative to the league average), had better defense-independent/adjusted stats (both raw and relative to the league average). He’s been even better over the three most recent seasons, leading in all those stats and walking fewer hitters as well, and he’s projected to remain better in the immediate coming season. Is there even a choice as to whom you’re picking for your sandlot game?

Now, what if all that were true and Pitcher B was almost two years younger (1 year, 10 months) than Pitcher A and had 31% fewer innings on his arm? Well, if all those things were true, then Player A would be Zack Greinke and Player B would be David Price…which they are…because all those things are true…which is the point of the article.

All that said, one caveat 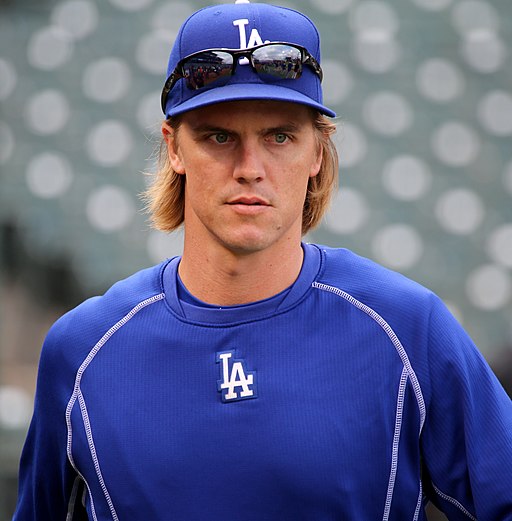 One thing we’d like to note is that this doesn’t necessarily mean that Greinke won’t be worth his contract. A 4.2 fWAR player is worth around $30m on the open market, and Dave Cameron makes a compelling argument that Greinke also adds meaningful value with his bat & glove (Cameron also uses more forgiving WAR values & inflation adjustments than we do).

Over the past three seasons, Greinke’s provided almost a full fWAR on average from his hitting and fielding, and as we mentioned, he’s moving to a hitter’s park. Add that value to the calculations, and he’s a 5 fWAR player in 2016 – that’s worth $35m by our more conservative estimate (and $40m by Cameron’s).

Incidentally, Greinke’s 2.8 fWAR from hitting and fielding over the past three seasons is more than 10 different position players who received 1500+ PA and 43 others that received 1000+ PA. That’s just incredible.

Also, it’s possible Greinke may age better than Price. Greinke’s a slider pitcher, always more reliant on control rather than velocity, and the past three years he’s had three successful seasons with a fastball sitting 1mph below his career average (and 2mph lower than his 2007-2009 peak). He’s demonstrated he can pitch effectively without above average velocity (Greinke’s fastball has averaged 91.8mph the past three seasons, league average for starters in 2015 was 91.9). 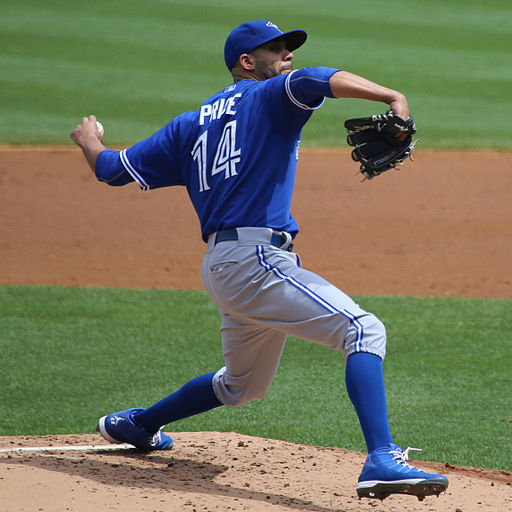 Price is much more of a fastball-change pitcher, and his velocity hasn’t begun to drop (his average 2015 fastball velocity was 94mph, just below his career average of 94.3 and above his past two seasons of 93.4 and 93.3). Because of that, Price may not adjust to the loss of velocity when it comes, though we wouldn’t bet against him – he added a cutter in 2012 that has been an above average pitch for him in general and his command over the past three years has been better than his career average (4.3% walk rate in 2013-2015 vs. 6.3% career).

All of that is to say that Zack Greinke is definitely a good pitcher, one of the top-10 over the past three seasons – but David Price has been better by a meaningful margin, and he was the clear prize in the offseason. 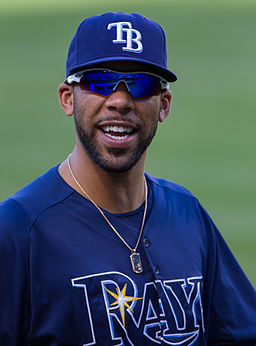