Short Story: Alan Trammell was one of the best shortstops of all time and belongs in the Hall of Fame. (Straight to the point, neh?)

One of the great players of the 1980s, Alan Trammell had the dual misfortune of playing right before the offensive explosion of the 1990s (and the redefinition of the term “offensive shortstop” by the likes of Jeter, Garciaparra, A-Rod, and Tejada) and playing the American League at the same time as Cal Ripken. Sharing the spotlight with an all-time great rarely makes one look good in comparison.

So far, Trammell has been deemed “good but not great” by the Hall voters. He’s stayed on the ballot but he’s now in his 15th and final vote. He peaked at 36.8% of the vote for 2012 and tallied only 25.1% of the vote for 2015. Unless something remarkable happens, Trammell will be left to the mercy of the Veteran’s committee – a shame considering his career and particularly how he compares to some of his contemporaries already in the Hall.

Alan Trammell spent his 20-year entire career with the Detroit Tigers (1). Along with Lou Whitaker – who will get his own time in this section soon enough – he was part of the longest-lasting double-play duo in MLB history. He was a regular starter for 15 of those 20 years, losing nearly a full season to injury in 1992 and playing only parts of his final three seasons. He was a six time all-star, World Series MVP in 1984, and won four Gold Gloves and three Silver Slugger awards.

Trammell finished in the top-ten in MVP voting three times, missing out on his best chance for an MVP award in 1987 when he lost to Toronto leftfielder and AL home run leader, George Bell. As I argue in more detail in another article, Trammell should have won the 1987 AL MVP and there’s no way that Bell wins if that vote is held today. Trammell was Bell’s offensive equal, a far more valuable defensive player (an above average shortstop vs. a below average corner outfielder), and the best player on the best team in the American League. (2)

Today, he likely wins that vote in a strong walk, with Wade Boggs finishing second and Bell fourth or lower (Paul Molitor likely takes third). Of course, one season does not a career make, but award hardware is one of several factors that figures into ‘greatness’ (certainly in the mind of hall voters) and Tram missed out on his best chance because of the stats ethic of the 1980s.

Trammell’s career as a regular ran from 1978 to 1993, and he was a top-50 offensive player during that stretch. Of players who had at least 5500 plate appearances during those years (Trammell had 8555), Trammell is 38th in wRC+Weighted Runs Created Plus: A comprehensive measure of offensive production relative to the league. 100 is average and each point above or below is a percentage better or worse than the average player. (115) and 34th in wOBAWeighted On Base Percentage: A comprehensive measure of offensive production put on a scale roughly equal to “normal” on base percentage. .320 is average, .340 above average, .370 great, and so on. (.348). He was 26th in batting average (.288), 27th in OBP (.356), and 46th in slugging (.423). He put up those numbers when the league average line was .259/.316/.346 and while being an above average defender at the most important defensive position.

His value becomes even more apparent when comparing him to his 1980s middle infielder counterparts. For the years from 1980 to 1990 only three shortstops had a wOBA of .350 or higher: Robin Yount (who was a CF for the second half of those years), Cal Ripken, and Alan Trammell. Those same three are the only SS to average over 120 wRC+ as well. If we expand the criteria to include 2B as well, Ryne Sandberg joins the wOBA club (but not the wRC+ club, as he only averaged 115).

Why is He so Underrated?

So, how did a generational great like Alan Trammell – someone whose performance sits with names like Ripken and Yount – get resigned to “not quite there” status? Well, there are a several reasons, some of which we’ve already discussed.

First off, Trammell is a huge victim of timing. 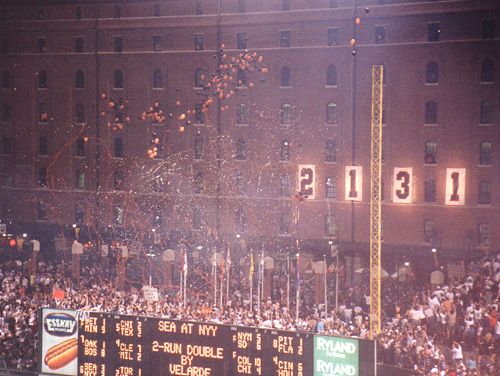 He had the great misfortune to play at the same time and league as Cal Ripken, one of the greatest – and most well-known – players of all time. Not only was Ripken a great player, he was a media-savvy presence who broke a major career record, and he played on the East Coast at a time when media was much more regionally weighted. Ripken is definitely the greater of the pair, but the contest is a lot closer than many might think.

Second, Trammell was a victim of the offensive explosion of the PED-era, especially the big jump at the shortstop position. This is why stats that are weighted and adjusted to the specific era are so important, because they can filter out some of that noise. From 1980 to 1990, only three shortstops slugged better than .433, only one higher than .450, and none of them higher than .475 (which was Yount, who again played CF for half that time). From 1995 to 2005? Ten of them did, with seven higher than .450, and three higher than .475 (topping out with A-Rod at .581).

In comparison to the raw numbers of that offensive era, Trammell’s .291/.359/.433 line seems downright “average.” However, looking at weighted stats like wOBA and especially wRC+ (which is weighted and adjusted to league average for that era), Trammel’s .353 and 120 (again, one of only three above those marks) look right at home. From 1995 to 2005, only five SS had a .350 wOBA or higher and only three had a wRC+ of 120 or higher (same as in Trammell’s era). Unfortunately the Hall voters look at Trammell’s numbers with the 90s and 00s ringing in their ears.

Trammell’s overall profile is also hurt by being a quiet player in a smaller media market, and it’s hurt even more by missing out on the 1987 MVP award – one of the ways a player can raise his national profile. The Who’s Who test is a great illustration of that.

All four players below are middle infielders whose careers ran within the 80s and 90s. Two of these players are in the Hall, one of them fell off the ballot in his first year (i.e., got less than 5% of the vote), and one of them is Alan Trammell.

To spice this one up just a bit more, I’ll add another Hall of Fame player below. Because this player had a longer career than the other four, I’ve removed some of the counting stats and added the rate stats to represent the walks and strikeouts.

The effect of perception and media focus is pretty stark, right? While I’m not saying that Trammell’s career was equal to Jeter’s (Jeter’s longevity is definitely part of his greatness), I am saying that if Trammell had played in Yankee Stadium, couldn’t he have been Jeter before Jeter was?

The other comparisons are even clearer. Look at those stat lines – how are two of those players sure hall of famers elected on their third votes and two of them are clearly on the outside (and Whitaker couldn’t even get 5% of the vote)?

Both Larkin and Sandberg won the NL MVP and both were the clear faces of their franchises during that time. Both of them also avoided any “long shadows” in their Leagues. Larkin had Ozzie Smith in the NL, but Ozzie was the “defense guy” and Larkin the “offense guy” to a great enough degree that it didn’t have the same effect on his legacy that Ripken did to Trammell (plus their careers as starters only overlapped for 7 years v. 12 for Ripken and Trammell). Sandberg also had the advantage of playing in the larger Chicago market.

Strip away the notoriety those bring and you’re left with the comparison above.

The Hall of Fame MonitorA method of predicting whether a player will be elected by the HoF voters. has him at 118 (with a likely HoF player at 100+) and his Hall of Fame StandardsA count of how many “milestones” common to HoF players the player has reached. is 40 (with a likely HoF player at 50+). JAWSA method of calculating a players “worthiness” to the Hall that compares a player’s career stats and career peak to the other players at his position already in the Hall. has him as the 11th best shortstop of all time with a 57.5 JAWS, above the average shortstop already in the Hall (the average of the 21 in the hall is 54.7 JAWS).

If Trammell wins the MVP in ’87 or if that Tigers team won the series, maybe voters would remember him differently. As it stands, Alan Trammell was a generational great who got lost in the shadow of an all-time great and in the offensive explosion of the – now PED-tainted – era that followed him. He belongs in the Hall of Fame, and hopefully one day he’ll get there.