Our off-season rundowns identified several teams giving 500+ plate appearances to awful players, and with the Boston Red Sox seemingly cutting bait with Pablo Sandoval rather than letting his salary dictate playing time, we wondered: Who is the worst player ever to ever get 10,000 plate appearances? The answer is a player best known (infamously rather than famously) as a Red Sox (Red Sock?): Bill Buckner 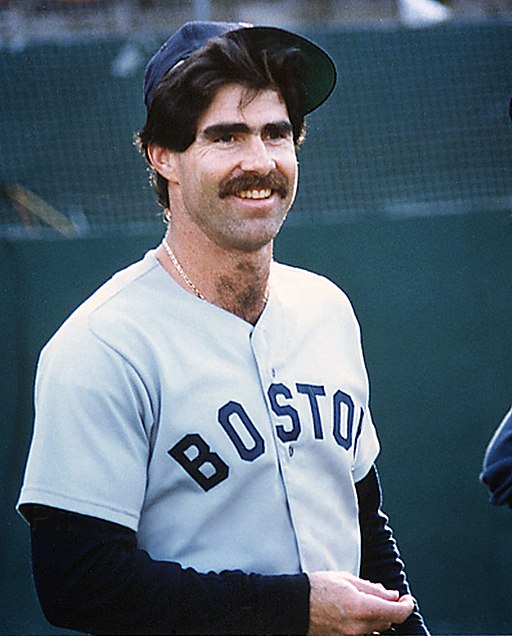 10,000 plate appearances is a difficult mark to reach. Only 76 hitters in MLB history have hit that mark between 1901 and the present day. There probably isn’t a single name on the list that a baseball fan wouldn’t have heard of, even if they might not be able to place some of the older names. Basically every player on the list would qualify as “very good” (only 13 have less than 50 career fWAR), and about half the list is in the Hall of Fame.

However, to quote Sesame Street: “One of these things is not like the others”, and there is a very clear answer to our question. As it turns out, 1986 World Series goat (as opposed to GOAT), and long time Boston Epithet, Bill Buckner is the worst player to ever receive 10k plate appearances – and it’s not even close.

Buckner compiled a total of 18.8 career fWARWins Above Replacement as calculated by FanGraphs. A stat that attempts to measure a player’s contributions in all facets of the game and quantify how many more wins that player contributed than a “replacement level” player would have (a replacement level player being a hypothetical “AAAA player” every team has in its farm system. – that’s an average of less than 1 WAR per season (as a reminder, 2 WAR is considered an average starter’s performance). In 21 seasons he only exceeded 2 WAR five times, and 3 WAR three times, with his best season 3.7 WAR in 1976.

The next lowest career WAR total of the 75 other hitters with 10k+ plate appearances is Harold Baines with 38.5. Every other player on the list has at least 40.

Buckner had a career wRC+Weighted Runs Created Plus: A comprehensive measure of offensive production relative to the league. 100 is average and each point above or below is a percentage better or worse than the average player. of 97, was over 100 in only eight seasons, over 110 in only five, and never higher than 126. And that mediocre offense was from a guy playing 1B for 3/4 of his games and and a corner outfield spot for the rest.

He also provided negative value with his glove overall, with only two seasons with positive DEFDefensive Runs Above Average. A stat that attempts to measure a player’s defensive contributions, including a positional adjustment (i.e., a shortstop is considered more defensively valuable than a LF). Roughly 9-10 DEF is equal to one Win Above Replacement. (three if we give him credit for his 28 game 1970). Even by the low standards of the position, Buckner’s in the bottom half of 1B in the past 50 seasons.

Only six other players in the sample have wRC+ lower than Buckner (or under 100 at all) and every one of them contributed heavily on defense. The lowest DEF from the six is 135.3 from Jimmy Rollins – that’s still more than 250 runs better than Buckner.

How the heck did Buckner keep getting so much playing time when he was a below average player? How did he manage to crack the 10,000-PA club when he’s clearly well below that group’s standards? Um…batting average? 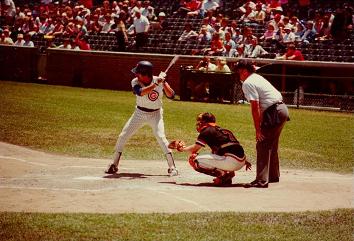 Seriously, that’s the best answer we have. Buckner, for whatever flaws he had, was a contact machine. His career batting average was .289 (winning the 1980 NL batting title) and he has a career K% of only 4.5%. In the past 50 years, that’s the 3rd lowest rate of anyone with 5,000 plate appearances or more. Of players with more than 6,500 plate appearances (roughly 10 full seasons), only Tony Gwynn had a lower rate with 4.2%.

How did Buckner provide so little value if he hit made contact as he did? Well, that’s about all he did. Buckner didn’t hit for power: His best year he hit 18 homeruns and he reached double-digits only nine times. His career slugging was only .408 (league averages during his career ranged from .354 to .415 with a median of .385).

This odd combination of not walking and not striking out means that of those players with 6,500 PA in the past 50 seasons, no one was more likely to put it into play than Buckner. His combined K% & BB% is just 9%, meaning he put it into play in 91% of his 10,037 times to the plate.

Even if we expand it to the entire modern era (i.e., including the deadball era, when strikeouts were much less common), Buckner is still 5th overall. That’s a very impressive – if very narrowly valuable – skillset.

About the only other thing Buckner did sort of well was run the bases. He reached double-digit steals in seven seasons, albeit with a 72% success rate for his career (there were definitely worse in his era). For his career he provided positive value with his baserunning (8.3 BsRBaserunning Runs Above Average. A stat that attempts to measure a player’s baserunning contributions (stolen bases, avoiding getting caught stealing, taking extra bases on hits). Roughly 9-10 BsR is equal to one Win Above Replacement.).

Worst of the Best?

For whatever reason, Buckner managed to get more time at the plate than all but 73 other players in the modern era – not sure what that’s worth, but it’s something. With three World Series trophies in the past decade+, Red Sox fans seem to be warming a bit to Buckner, but if there are any hardline holdouts, this should provide some extra ammo.

For everyone else? Nothing left to do but marvel at one of the most magnificent displays of mediocrity in MLB history.