Aaron Judge, the Yankees’ rookie phenom, has spent the first half of the season ripping the covers off of baseballs and sending them into low earth orbit. A mountain of a man with a charismatic smile, Judge has already been dubbed the ‘new face of baseball’ by many (including commissioner Rob Manfred). The rookie slugger has also been heralded as the next superstar in Major League Baseball’s “Youth Movement,” potentially eclipsing even MVPs Mike Trout and Bryce Harper. How does Judge actually stack up to his peers? And is MLB’s Youth Movement a reality or just perception? 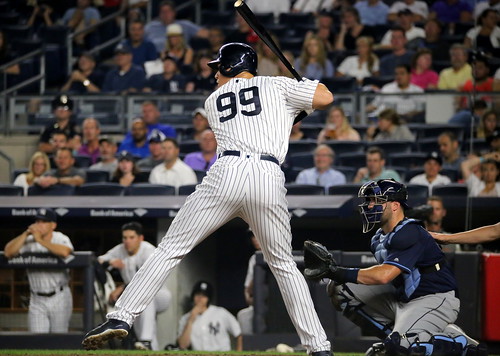 Aaron Judge is – as we like to say here – very good at playing the game of baseball. A great deal has already been written about the breakout rookie. ESPN noted that there has never been an All-Star as big and tall as Judge. In fact, even if we cross sports, Judge is bigger and taller than Rob Gronkowski, two inches taller and just 10 pounds shy of J.J. Watt, and 30 pounds heavier and just an inch shorter than LeBron James.

Neil Paine at FiveThirtyEight noted that Judge has had the best rookie first half in the past 40+ years. Even if Judge is league average the remainder of the year, he likely finishes with one of the top-25 rookie years ever for position players.

Aaron Judge and a Jury of his Peers (yes, that pun is a stretch; no, we won’t apologize)

While we’re going to bring a bit of rain to the Judge parade (realistic analysis tends to do that), it’s only some light showers. As Paine notes, even if the “Regression Monster” takes a big bite out of Judge’s second half performance, a player can’t have a first half like the one Judge did without being at least a good major league player.

Two factors Paine mentions may have already started regressing to the mean. Judge had a bat-crazy BABIP of .426 in the first half of the season – a clearly unsustainable mark (it would be a MLB record). Only 18 times in MLB history has a player finished with a BABIP over .400. Only four of them have been after 1936 and of the 18, four belong to Ty Cobb. In July, Judge’s BABIP has been .355 and his average has dropped to .254, largely as a result (all standard ‘small sample size’ warnings apply, of course).

Paine also singled out Judge’s HR/FB rate as unsustainable. In the first half he notched an absolutely nuts 41.7% rate, which would also be a MLB record over a full season. His rate has already dropped to 37.8% as of this article, driven down by a 26.7% rate in July.

Our concern for Judge will be what pitchers do with him as their scouting reports get more detailed. Just as each time through the batting order goes worse for pitchers, each time through the league tends to go worse for rookies. In particular, Judge’s monstrous size means a necessarily longer swing and we wonder how he’ll adjust as pitchers find the holes in that swing. His K% has jumped to 35.2% in July and his walk rate hasn’t kept up – he’s posted a 0.40 K/BB ratio, his worst month so far. 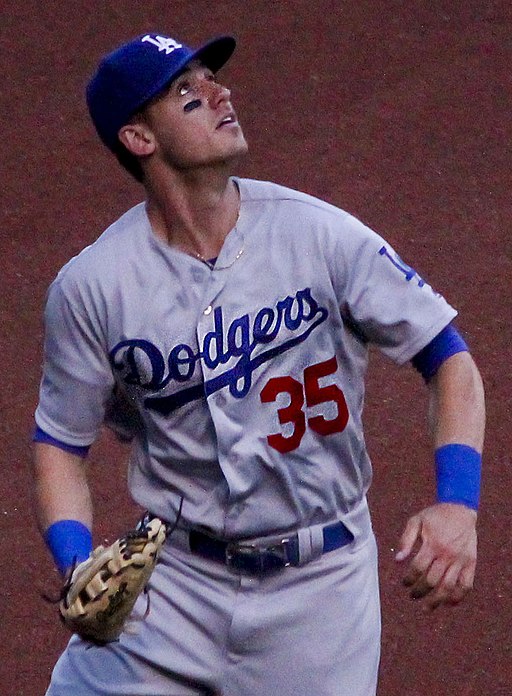 The other caveat to keep in mind for Judge is a longer-term projection matter: Judge is actually pretty old for a rookie. While both Judge and the Dodgers’ Cody Bellinger have shared headlines for their moonshots, Bellinger is more than three years younger. That’s definitely something to keep in mind when considering Judge’s growth and ceiling.

In fact, here’s a sandlot test between three of baseball’s current young stars:

Three players, all in their mid-20s, all exceptional offensive players (we’ll ignore defense for the moment). Based on the numbers here, player C is pretty clearly the best hitter of the three. For a single game on the sandlot, he’s our choice. Also, given their nearly identical ages, if we’re choosing for the long term, Player C is still our choice.

Player C is – not surprisingly – Mike Trout, who remains the best player in baseball. Player B is Bryce Harper, and player A is Aaron Judge. Now, a few things to note here:

One, it’s easy to forget just how young Harper and Trout are. They burst on to the scene so young and were so good – especially Trout – that it seems like they should be older than they are. Certainly it seems like Judge, a rookie, should be younger, but he’s not. Two, this isn’t that big of a knock against Judge – it means he’s hitting roughly as well as two players who have three MVPs between them and who are both contending for another. It’s fine company.

In this case, Judge is clearly the best hitter, but the fact players B and C are several years younger adds a wrinkle to our evaluation. Is Judge nearer to his ceiling than player C due to his age? Is he a Ryan Howard, rookie of the year at 25 and an MVP having his career best season during his first full season in the league?

Are players B and C solid bets to improve just because they’re young? Not every player does, afterall (for instance, Trout didn’t – of course, he started with a level of production few have matched at any age, but still).

And how much does the evaluation shift when we add defense to the mix? Judge is a corner outfielder who’s above average at his position, making him roughly neutral defensively overall. Player C is a corner outfielder and first baseman who’s currently below average at the former and average at the latter, making him a defensive liability overall. Player B, however, is a shortstop, though a bit below average at his position he still ends up being a defensive asset and a top-50 defensive player in MLB.

So do we choose Judge and his big bat? How about the Houston Astros’ Carlos Correa? Aka player B, a 22-year-old MVP candidate shortstop (pictured at left in a dashing hat, posing with possible Highlander, Paul Rudd…because, why not?) Or maybe the 21-year-old slugger displaying the most raw power of the trio, Judge’s fellow rookie slugger, Cody Bellinger?

We honestly don’t know, though we’d lean toward Correa simply because shortstops like him seem far rarer in MLB history (at least outside the PED era). In any case, one thing is clear: Major League Baseball is currently loaded with a lot of young stars. Is this a historically unique situation?

Short answers: Is baseball currently experiencing a “Youth Movement”? Yes, at least with position players and especially compared to the immediately preceding era. Is the current youth movement truly that rare? No, not even in the context of the modern game.

To answer that question, we went season by season, noting how many players 25-and-under posted 3+ fWAR, 5+ fWAR, and 7+ fWAR (essentially ‘above average starter,’ ‘solid all-star,’ and ‘superstar’ level production). We looked at the past 50 seasons of MLB history, a nice round number that begins with 1968, the last season before the divisional era. For the current season, we used the Steamer Projections for the remaining games. For strike shortened years, we prorated player production over the full season.

Yes, there are a lot of young, productive players now. In particular, there are a lot of young all-stars and superstars. Now, in part that’s because many years only have a few 7+ WAR players at all. The highest total of 25-and-under 7+ WAR players in any of the past 50 years was four – well, in each of the past five years, Mike Trout alone gets us 25% of the way to that total.

That said, we are in a pretty good stretch at the moment. In each of the past three seasons (including the projected 2017 total), we’ve had 18 players post 3+ WAR and 7 post 5+. Both last season and this season’s projection (including Aaron Judge) have four players with 7+ (tied for the highest totals in the past 50 years).

The absolute best 5-year span in our sample was 1977-1981, which ranked 1st overall in both 3+ and 5+ WAR players. Some of the best players of the era came of age during those years. In 1980 alone, all of the following players post 3+ WAR at 25 or younger: Ricky Henderson, Willie Randolph, Robin Yount, Andre Dawson, Dale Murphy, Eddie Murray, Alan Trammell, Jack Clark, Ozzie Smith, Lance Parrish, Garry Templeton, and Paul Molitor.

When was the worst time for young players?

Why does the current crop of young players seem so unusual then? Because the PED era immediately preceding was undoubtedly the worst stretch for young players over the past 50 years. 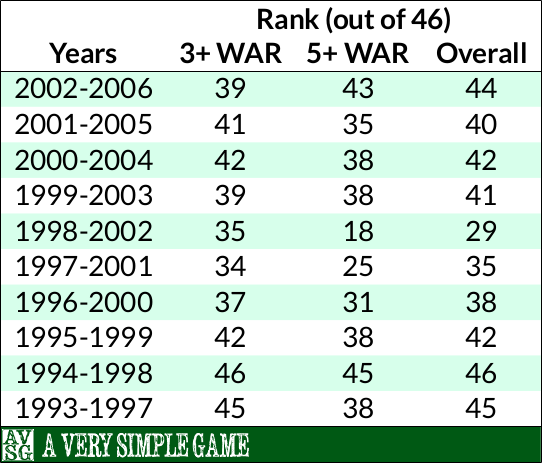 Why were these years so bad for young players? Well, it’s possible that every farm system was devoid of MLB-ready players 25-years-old and younger. It’s also possible that those players existed, but there weren’t roster and lineup spots available for them.

For that second scenario to be the case, there would need to be something preventing older players from declining in production and thus opening up roster spots.

Will our current run of young stars continue? Will we match – or even exceed – the late 70s and early 80s? As fans, we can only hope so.