Mike Piazza enters the Hall of Fame as the best offensive catcher in baseball history. He also enters as the subject of a “Hat Policy” conversation. Though he spent his best years with the Los Angeles Dodgers, Piazza will enter the Hall as a member of the New York Mets. This makes a good amount of sense: he did spend more time with the Mets and has long held bad feelings toward the Los Angeles Dodgers over the way he left the team. But, while it’s certainly not as contentious as the inclusion of Gary Carter or Andre Dawson as Expos (against both of their wishes), there is little question that Piazza’s greatest years were spent as a Dodger. 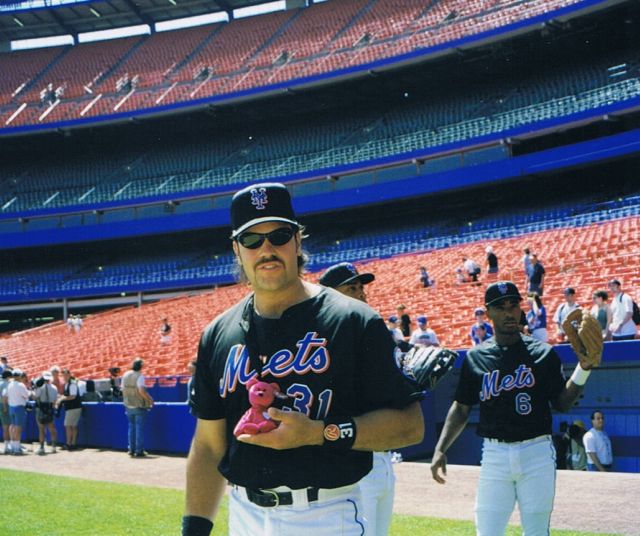 Piazza’s all-time place among catchers is quite secure. Of catchers who had at least 6,000 plate appearances, Piazza ranks 6th in fWARWins Above Replacement as calculated by FanGraphs. A stat that attempts to measure a player’s contributions in all facets of the game and quantify how many more wins that player contributed than a “replacement level” player would have (a replacement level player being a hypothetical “AAAA player” every team has in its farm system.. He’s 1st in HR, Slg, wRC+Weighted Runs Created Plus: A comprehensive measure of offensive production relative to the league. 100 is average and each point above or below is a percentage better or worse than the average player., and OFFOffensive Runs Above Average. A stat that attempts to measure a player’s offensive contributions, combining both hitting and base running. Roughly 9-10 OFF is equal to one Win Above Replacement.. He ranks 4th in RBI, 5th in Batting Average, and 6th in OBP. And while his defense has often been maligned, as Eno Sarris at FanGraphs points out, he played well enough to stay behind the plate until his age-36 season.

There is something of a perception that Piazza’s time with both the Mets and Dodgers were relatively equal, at least until Piazza’s reached his mid-30s. Living in Los Angeles, that’s been our experience talking with Dodger and Mets fans. However, the split is actually pretty dramatic when we start to dig into it.

Those numbers obviously include Piazza’s obvious decline at the end of his time with the Mets, but even if we cut out his final seasons to create roughly equal sample sizes the difference is still significant (Piazza was kind enough to start his worst Met seasons at almost exactly the same number of plate appearances he had with the Dodgers, making our comparison quite convenient). 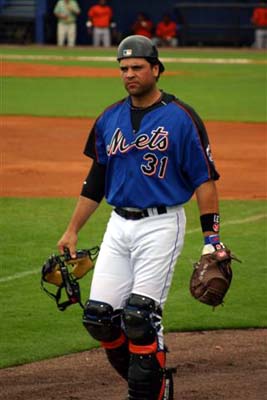 Other than an increase in plate discipline (and three more home runs) with the Mets, Piazza’s stats with the Dodgers are better across the board. In a few cases, this difference is marginal (an extra two points in Slugging doesn’t say much) but in most cases it’s pretty significant.

Because the counting stats are so similar, because his average with the Mets was still a very respectable .309, and because he saw his meaningful postseason action with the Mets, that sense that he was roughly the same player is easy to understand. The difference in his offensive production was clearly better with the Dodgers however, with a wRC+ almost 12% higher, and his defensive contributions were much greater before age and mileage started to take their toll.

All together, Piazza was roughly 30% more productive with the Dodgers – for a player who’s career narrative seems so firmly written, that’s a surprisingly big difference.